When Is It Illegal to Wear Body Armor? 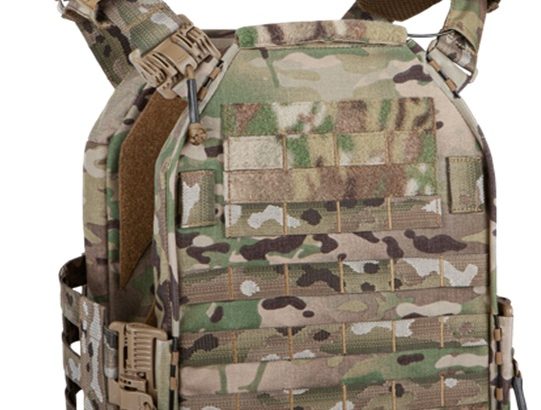 Wearing any type of body armor in the United States of America is perfectly legal provided that you are a law-abiding citizen with no convictions for violent crimes.

Whether it is because of the media or the fact that some spaces like universities have banned wearing body armor, there is an idea that it wouldn’t be legal to wear any military gear such as body armor. In fact, most police would prefer it if you did have a bulletproof vest.

There are only three situations where it would be illegal to wear body armor:

And, for those in the market for body armor, there is a huge range of products to choose from. From open military-style plate carriers, internal and external police vests, to even covert ballistic clothing.

Depending on your need, you can use such armor for anything from personal defense to security contracting and protection.

The first one is logical and is a part of a wide array of rights people lose once they commit a violent crime. And even in that case, for those who have served their sentence and are not on parole, they can acquire some if it is needed for their job.

While the second point sounds silly, it is there for a reason. For those who commit crimes and wear a vest, most states will issue an additional conviction for a vest. Usually, this wouldn’t contribute to the ‘3rd strike rule’, but it may on the decision of the court.

Finally, the owner’s right to use their property as they see fit supersedes even your right to bear arms, let alone body armor. If there is a strict rule that no type of body armor will be worn on the premises, you can be charged for trespassing if you disobey that rule.

Usually, you will simply be asked to leave, but this as well would be on the owner and their preference. Universities and schools usually stretch this rule and enforce it even if they are co-financed by the State or Federal Government.

The only piece of military clothing civilians are not allowed to wear in public is the official insignia. Unless you are an active US Armed Forces member or a veteran you should never pretend to be one.

But, carrying hard plate armor is heavy if you are not expecting rifles. Ideally, you will want something like the UCV™ Universal Concealable Vest that can fit right under your clothes and protect you from any type of handgun.

Soft body armor if relatively light and can be carried for the whole day. This makes it ideal for personal defense, as well as the vast majority of security jobs.

Finally, if the place you are working at or visiting doesn’t look kindly on overt body armor, you can always use something like the AH™ Armored Hoodie that looks exactly like regular clothes but has body armor inserts.